We Need To Get Better at Asking for What We Need 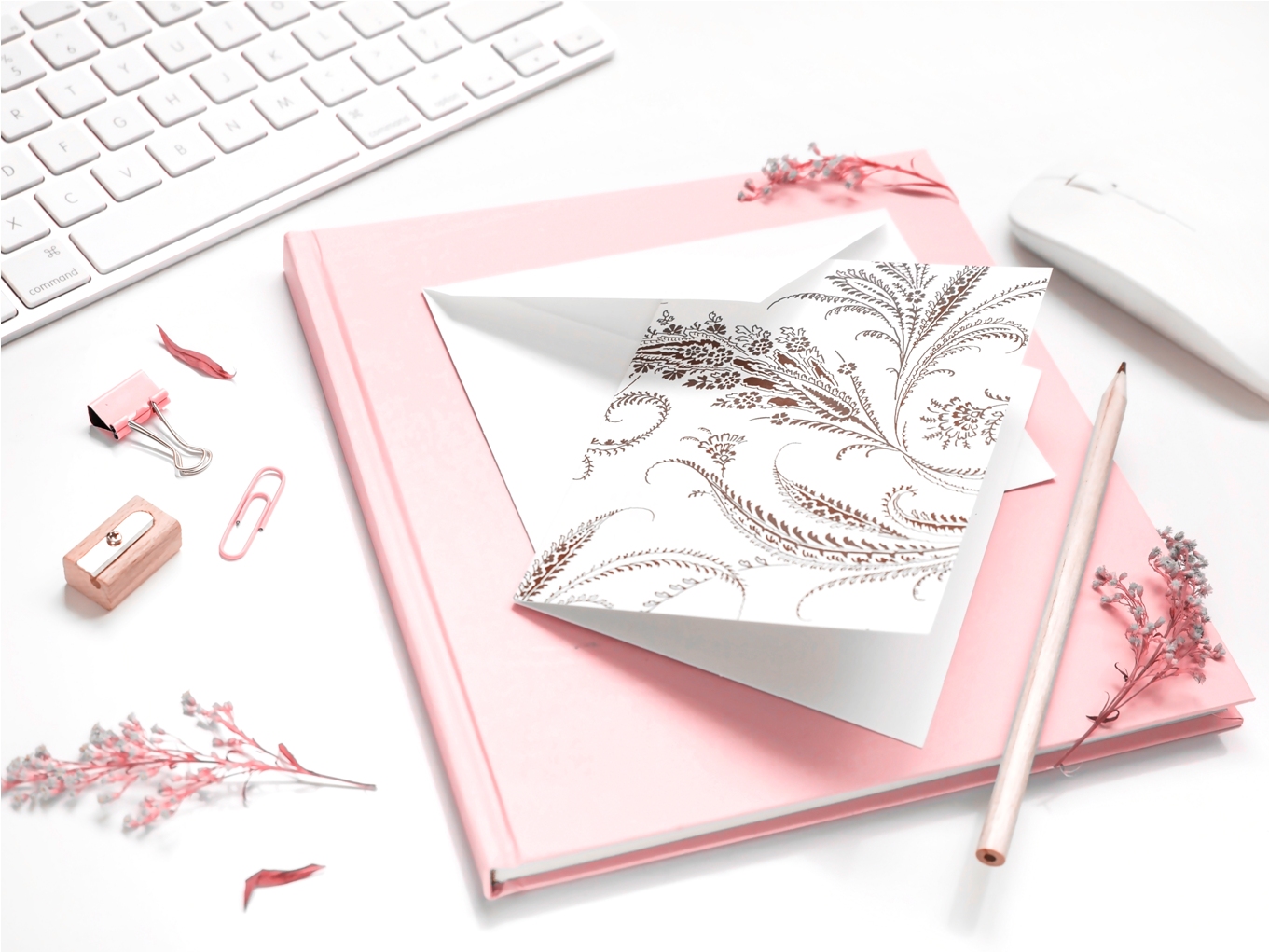 When I read that sentence on a newsletter I subscribed in, I felt like someone suddenly turned the light on me. Like I could finally see the world clearly and in full Technicolor.

Is this a problem I struggle with? Heck yes.

I’m the type of person who would gladly help others, however much I could. But when I’m the one at the asking end, things are a-whole-nother potato salad:
I am SO not comfortable asking other people for help.

Just saying that, admitting that to the ethers where other people can read it, is giving me the heebie-jeebies. Maybe it’s my pride that’s stopping me. Maybe it’s because I feel I’d be imposing too much if I ask for help. Maybe it’s both plus a hundred other internal complications like low self-esteem and high self-doubt. But there it is. We’ve all had this feeling, I like to think. It may not be as severe as mine, but I’m sure you’ve gone through this to a certain degree. I mean, you wouldn’t have clicked on this post if you haven’t, right?

But even when you’re an adult (or #adulting), you may still have some difficulty asking for help.

Why is it so difficult?

Well, the short answer for this is a word you’ve probably come across a lot if you’ve been reading my blog for a while:

Having trouble asking for help stems from a lot of causes but the main root is often fear. Your fear may be a different kind of fear from others’, but it’s fear all the same. Here are three common ways fear may hinder you from asking what you need:

Asking for help is one of the most vulnerable things you can do in front of someone else. And people avoid looking vulnerable like the plague. Which is probably why it feels so uncomfortable.

Fear of Breaking Your Perceived Image

We like to think that we are fully capable of facing our problems on our own. Again, this could be because we don’t want to seem weak or vulnerable (which are two different things, by the way!)

When you ask for something, there’s like a 50-50 chance you’d probably be rejected. It’s a “Sure thing!” or an “I’m sorry, I can’t” kind of question. Often I find myself skewing that 50-50 odds. I’m super focused in the worst-case scenario (i.e., getting rejected), I have zero reason to believe that people will actually reason. WHY YOU NEED TO GET BETTER AT ASKING FOR HELP

1. You can’t do everything on your own

You may feel like some kind of superhuman who do not need to ask for help. But here’s the thing: Even computers can’t do things on their own.

The computer or tablet or phone that you’re using to read this right now also has limited capacity. It’ll be even less capable without the Internet and added storage.

Even world-famous people like Michael Phelps and Steve Jobs and Arianna Huffington and Oprah didn’t achieve what they have achieved completely on their own. Even their triumphs and successes are a product of the many hands and minds of people who’ve influenced them or worked with and for them along the way. Even my blog is a product of the tons of help I got, both directly and indirectly.

This isn’t to say that this blog isn’t entirely my work. It totally is! But all throughout this wonderfully journey, I’ve learned a thing or twenty from people in some way or another. And we all do!

2. People want to help you

It sounds ridiculous. And sometimes, I still can’t wrap myself around this “ridiculous notion”. But it’s true. People want to help you. They really do. (Dum-dee-doo.)

The trick here is, they won’t really know how they can help… if we don’t tell them. And we’ve already established that (scroll back up) we rarely do.

A friend of mine once shared to me that she had a grudge on a friend of hers. All because her friend did not do something that she “thought was pretty obvious” she needed.

The problem with thinking this way is that this is wrong most of the time.

Like when I thought that smudge of paint on my artwork was super obvious and is totally ruining the entire piece but my mom didn’t see squat. She didn’t understand why I was so upset because the reason was invisible to her.

3. You open yourself up

Sometimes we’re so afraid to ask for help because of the scary possibility of getting a no. That we might get rejected.

But like I said, people want to help you! There was this study that found people actually get help twice as much as they thought they would. This only goes to show that people want to be helpful and feel useful, but we think otherwise.

Think about it: isn’t that why you love to help others?

I know that’s why I love to help. Because I want to be helpful and feel useful.

In doing so, you are not weak. Or incompetent. Or unworthy. You just need support. Nothing wrong with that.

I WANT TO HEAR FROM YOU! I love this post.. very well detailed. But my issue is that people I need help from also need help.

This is so true, I’ve been guilty sometimes of being too proud to admit that I need help. Great post!

Such a great post Kate that really resonates! I found it impossible to ask for help for all the reasons you’ve said. Then I received an email saying – how open are you to receive? Ask yourself, do I accept help when it is offered? And my answer was no. It made me realise that not only is it ok for you to ask for help you also need to be open to accepting offers of it too. It has certainly made my life a lot easier! Anyway, well said Kate, I’ll be sharing this on my social media xx

This is definitely an area I need to improve on. I’m always the one doing things for others, because I don’t like to see anybody struggle. When I’m struggling though, I don’t let anybody see that or ask for help and therefore I have to carry on alone and feeling rotten. Great read.

Hmmm, that’s another angle to look at it.

Reading your breakdown of why people are afraid to ask for help gave me that “who, me?” feeling I often get when I read something that calls me out on a thought process I really need to, well, rethink. It’s funny how often we assume that the people we want to help couldn’t possibly feel the same way about helping us. I’m glad that I’ve gotten better about this in the past few years. When I was undergoing chemotherapy, I found myself in a position where I had no choice but to ask for and accept help from others, and I was overwhelmed to discover that the generosity of my family and friends seems to have no end. It was humbling, because I realized that I had inadvertently made unfair assumptions about them, subconsciously imagining that they wouldn’t be willing to do what I would happily have done if the situation was reversed.

Ironically, the situation actually was reversed earlier this year. One of the friends who had been so supportive while I was fighting cancer was dealing with a health problem of her own. A few weeks after she began receiving treatment, she broke down and confessed that she had been downplaying how bad she was feeling, and how stressed and upset she was, because she didn’t want people to worry. Even though she had bent over backwards to help me out, she was afraid to ask me to return the favor.

I guess what I’m trying to do here is underscore the importance of your post, because so often the help we need is ready and waiting, and the only thing that stops us from getting it is our refusal to ask.

This one really hit home, Kate. Thank you so much for sharing it.

“It’s funny how often we assume that the people we want to help couldn’t possibly feel the same way about helping us.”
This one perfectly sums it all up, Alex, and I completely agree! We somehow assume that people don’t want to help us. Usually, this comes from thinking WE aren’t deserving of help rather than thinking badly of other people. Thank you for sharing the story about your friend. I hope she is getting better at asking for help, as I hope we all do too.

I am so bad at this. I always hesitate to ask for help but I am always ready to help anyone who needs it. But I always think that I may be disrupting the other persons routine when I ask someone to do something for me. I need to work on this. Loved this post. 🙂

You definitely have to! We always have this thought that we don’t deserve anyone’s generosity and love but it’s people like you who wouldn’t hesitate for a second to help anyone out that deserves anyone’s love and generosity! <3 Thank you so much for commenting, here's to getting better at asking for help! 🙂

It took me a long time to learn this lesson and is now advice I give out often! We are often taught to be willingnto offer help to others, but rarely to ask for it when it’s necessary!

Definitely! We need to ask for help when necessary too 🙂 Thanks for your lovely words!

I love this post! Just yesterday I wrote a post call Ask and you shall receive which is about how we expect things from others that we don’t necessarily ask for. I would love to incorporate some of your statements into the post if that would be okay!
https://bricruzblog.wordpress.com/2018/10/23/ask-you-shall-receive/ ; here’s the link in case you wanted to check it out before deciding.
Great post!
xxo Bri